Remember the video game Frogger, where the frog has to hop across multiple lanes of highway without being squashed? That was a lot of fun to play in the virtual world, but it's not so fun in real life. Our last post celebrated that Chicago was rated fourth most walkable city in the nation, and although that may be true, there are many Chicago streets and intersections that still need help, to avoid "Frogger" scenarios.

Menomonee Street at 1700 N. Clark is a marked crosswalk, although the lines are pretty faded. 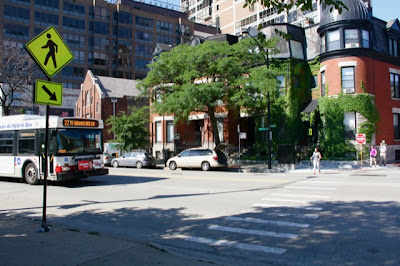 With six lanes of traffic to cross and no median, here's the view: 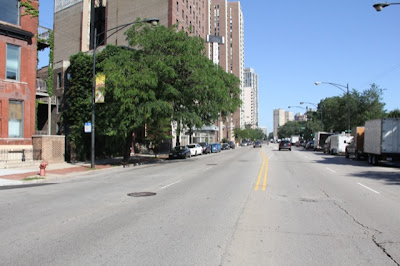 That four inches of space between the yellow lines is not a fun place to be stranded when you make it half way across, and cars start barrelling toward you at speeds.
This man had left Green City Market and was crossing westbound: 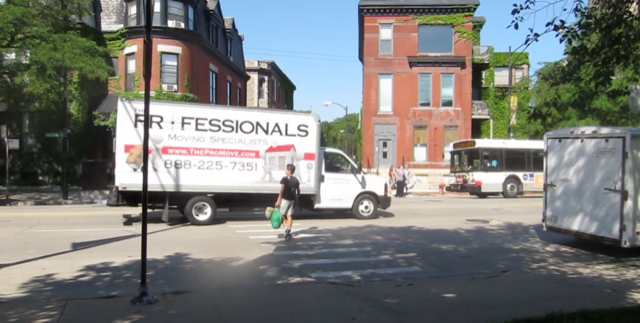 We watched as cars, buses, taxis all blew by him at top speeds as he was at each part of the crosswalk.

No one stopped for him, as is required by Illinois law for pedestrians in crosswalks. 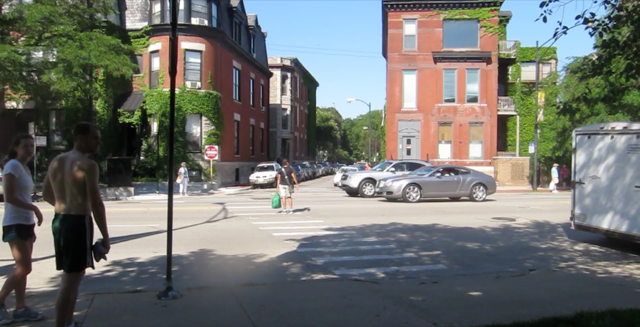 Sadly, this scene occurs each day. It's so hazardous crossing Clark at the intersections of Menonomee and Wisconsin that many families with strollers, elderly people, or people in wheelchairs avoid them entirely. Is this the best we can do for Clark Street? It needs to be transformed to a more liveable street.
Contact us if you'd like to join the effort. BikeWalkLincolnPark@gmail.com
Posted by Bike Walk Lincoln Park at 8:30 PM