If Chicago's proposed bike network materializes over the next eight years as planned, it will be fantastic. The Streets for Cycling Plan 2020 contains hundreds of miles of bike facilities, and will ensure that every resident living anywhere in the city will not be more than half a mile from a bike route.

When we worked in the North Side Community Advisory Groups, we dreamed that at least some of the routes we were suggesting would actually become part of the proposed network, and they certainly have.

You can view the entire citywide map at this link to the City of Chicago Bike Program under Draft 2020 Network. (Also check out the slide show presentation and other documents provided at that link to gain a full understanding of the plan.)

In this post, I'll just provide some overview, without much commentary, because it's a lot of information.

The map has three different colored lines, each one a different shade of blue. These will be quickest ways in and out of the Loop for bicyclists. CDOT will put in protected lanes whenever possible, but if not, then buffered bike lanes, and then marked/shared lanes if necessary. Here is the hierarchy: 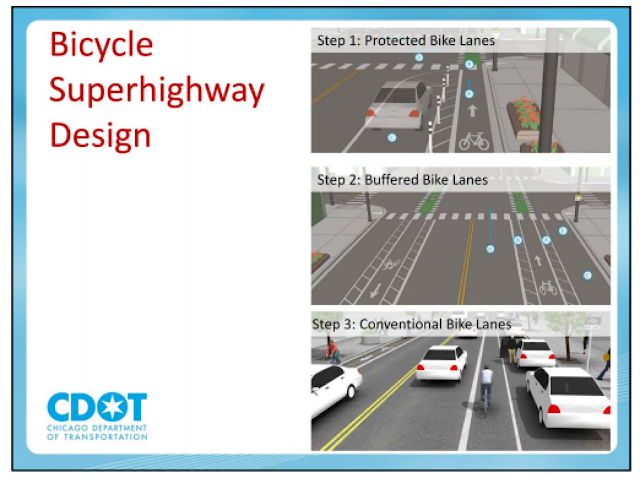 These five main routes will have colored pavement, traffic signals for bicyclists, unique signage and branding, and increased bike parking along the route.

As you see on the map above, for the north side, our superhighway will be Clark Street, all the way from the Loop to the border with Evanston!

These are major corridor routes that will help people go to places other than the Loop. They will get the same level of upgrades as above whenever possible (protected bike lanes first, then buffered and conventional).

Here's the slide of the proposed crosstown bike routes: 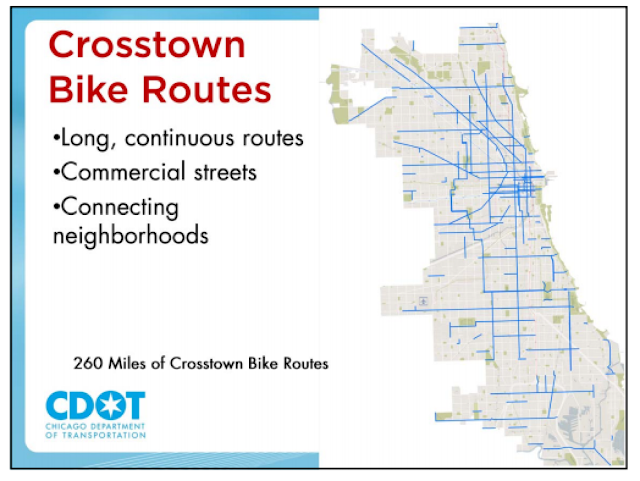 What? You can't read that map? Okay, okay, I'll provide detail maps of interest to north side readers below!

These are neighborhood streets that provide access to local destinations like schools, parks and shopping districts, as well as connecting the more major bike routes. Some may be neighborhood greenways. Some might get conventional bike lanes on them (which we almost never see currently), and others may get symbols and signage. 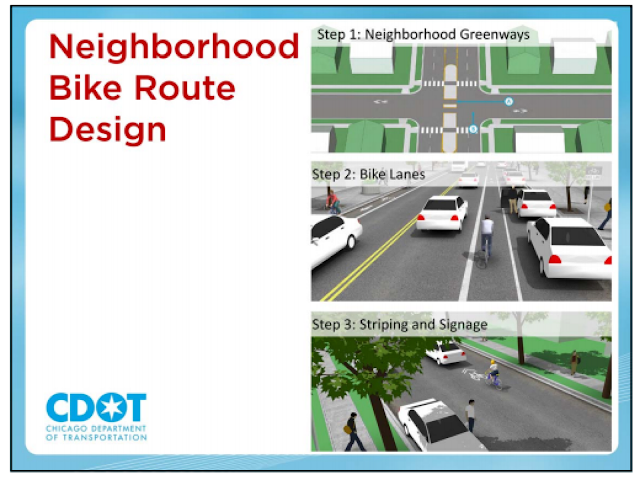 And here is the citywide map of the proposed neighborhood bike route network: 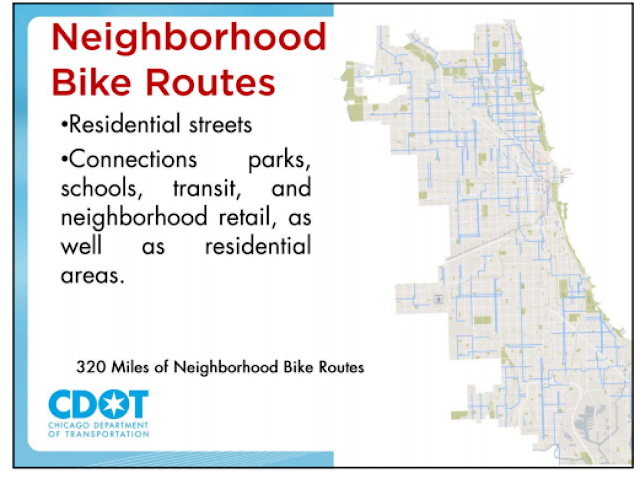 Here is a snapshot of the north side map, as defined by North Avenue to Howard, Lake Michigan to the river (that's what the boundaries were for our North Side Community Advisory Group):

Since it's still hard to read at this size, I'll list most of the streets for you:

Since this is Bike Walk LINCOLN PARK, here is a detail of Lincoln Park and nearby areas: 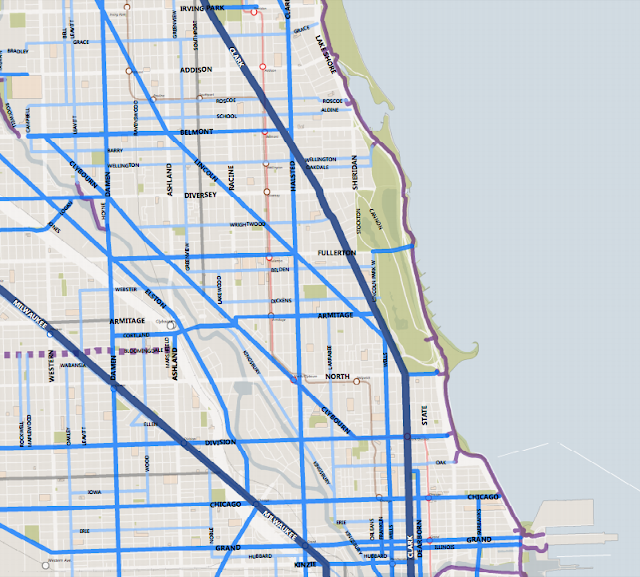 And since many of us work in River North, Streeterville, or the Loop, and bike commute there, or would consider doing so if it were safer, here's the detail of those areas: 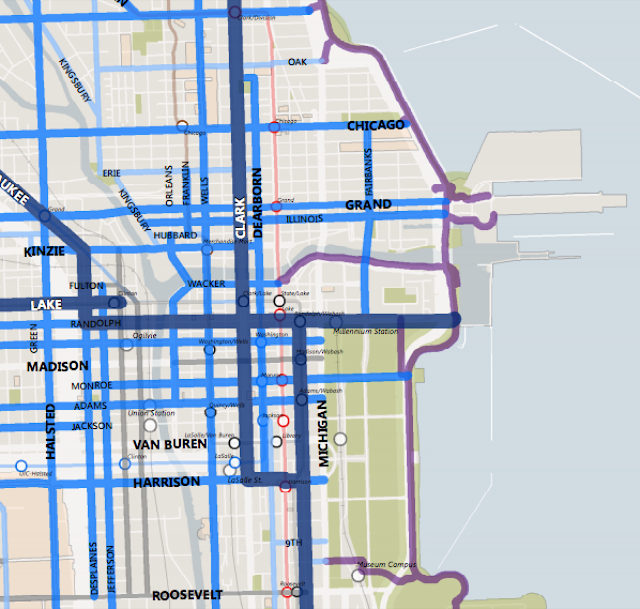