(Much more after the jump!)
(Continued) 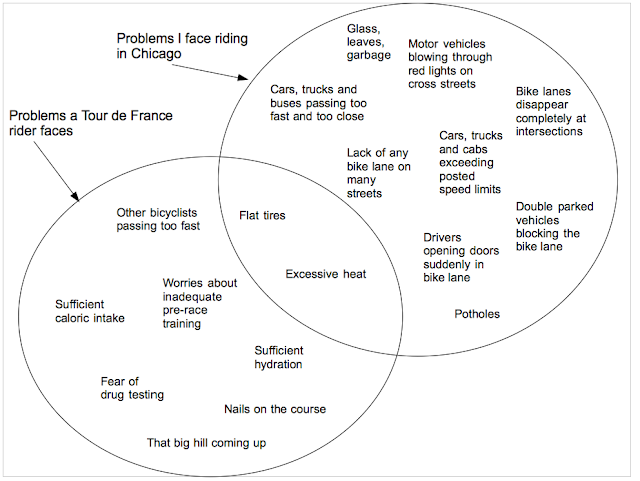 Not much overlap! Flat tires and excessive heat. I don't think Alberto Contador ever had to veer around a taxicab blocking the way as he made his way down through Chartres.

Toward the end of Mr. Thomas' piece, I was glad to read his words that "All great cities embrace cyclists, and more Chicagoans are biking on our city streets all the time. … Bike lanes and more places to park and lock your bike are great advancements… ."

I sincerely wish that Mr. Thomas would go for a few bike rides on the city streets, maybe to the grocery store or to dinner, to see if his experience helps him understand the bicyclist behavior that he sees. I may have to e-mail him to invite him on a ride.
Posted by Bike Walk Lincoln Park at 6:01 PM